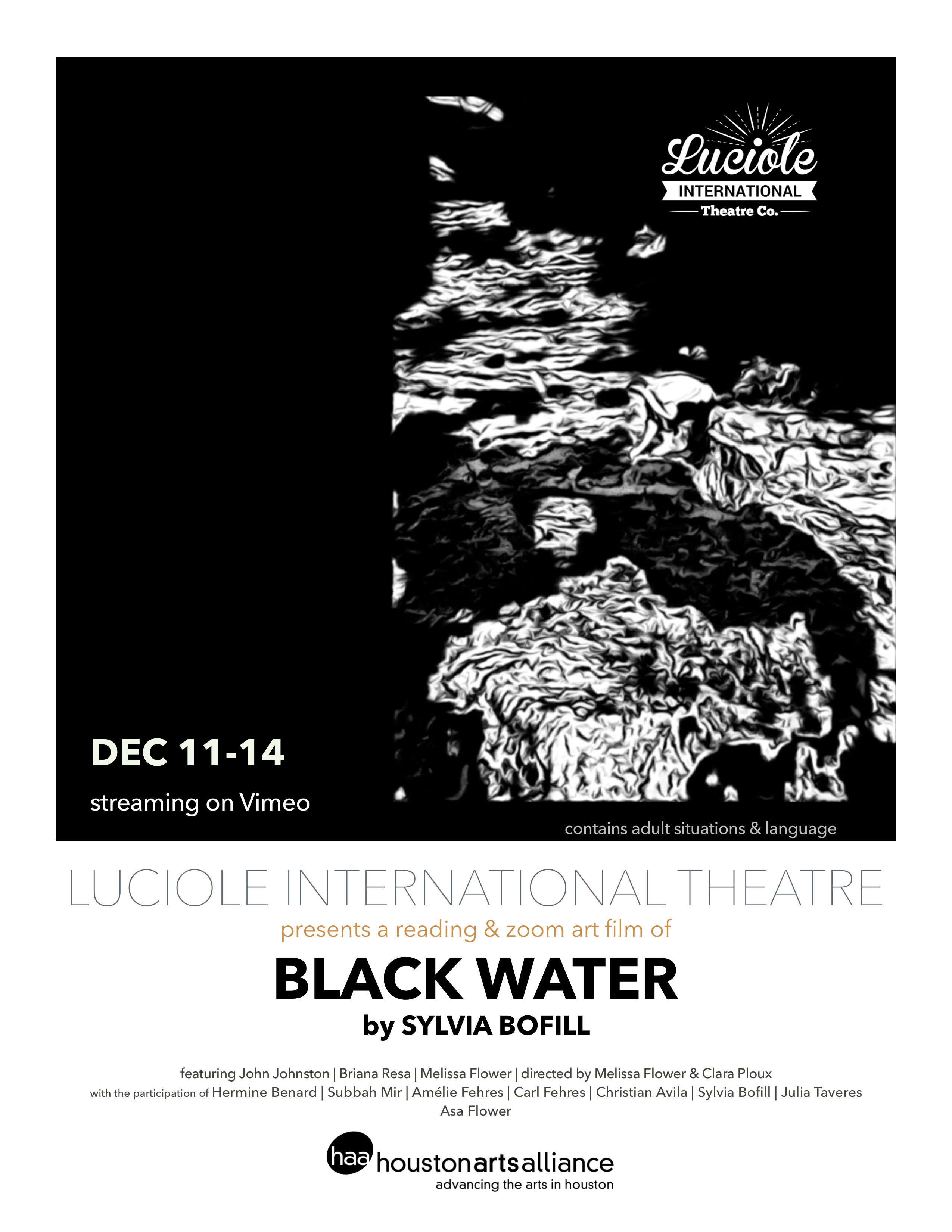 In 2018, after Hurricane Maria, Sylvia Bofill created a dystopian world where the two characters of Black Water are isolated in a world where going outside has become too dangerous. A Puerto Rican mother separated from her child and an American man are assigned to a lab in which they must gather and collect and weigh… nothing.

This free program is funded in part by the City of Houston through the Houston Arts Alliance.
Any donations will go to the continued efforts of Luciole International Theatre to bring international and interdisciplinary work to Houston. 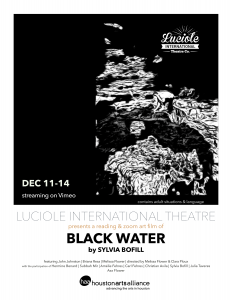